At EBACE (May 23-25) in Geneva, the extension of the Service Center contract between General Atomics AeroTec Systems and Embraer was finalized. The company from Oberpfaffenhofen in Germany has already been an Embraer Authorized Service Center (EASC) since 2010. This successful cooperation will now be continued over the next three years.

At the Oberpfaffenhofen site, the specialists from General Atomics AeroTec Systems perform maintenance and repairs on business jets using state-of-the-art equipment and extensive experience. GA-ATS offers line maintenance as well as base maintenance for Embraer aircraft of the Legacy 600, Legacy 650 and Lineage 1000 series as an official Embraer Authorized Service Center (EASC). 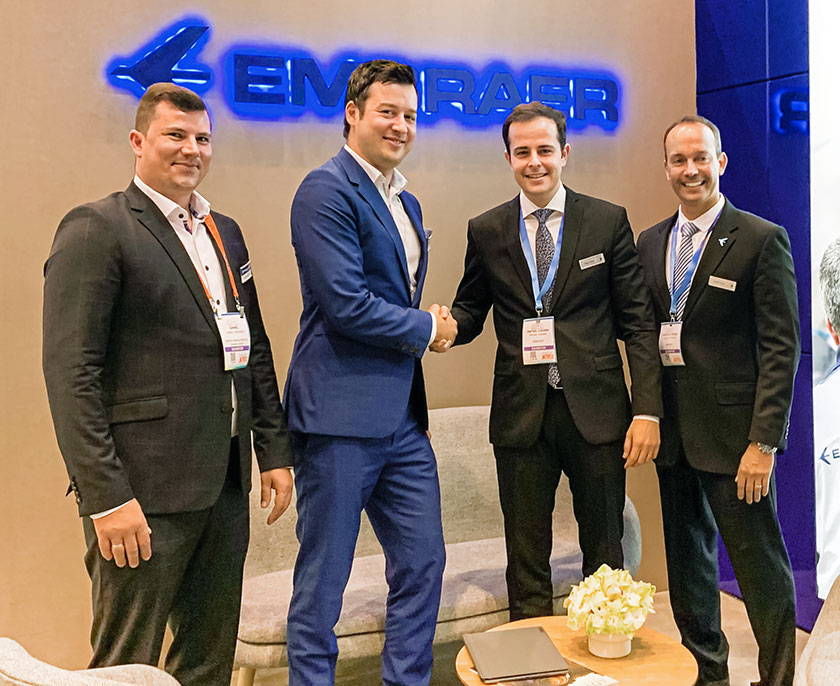 About General Atomics Europe:
General Atomics Europe GmbH (GA-Europe) is an integrated technology group for aerospace, infrastructure and sustainability with headquarters in Dresden. The medium-sized company holds stakes in nine subsidiaries with over 1,200 employees. In addition to business activities in the field of aviation, the range of services includes modernization and maintenance of rail vehicles, thermal treatment and recycling of batteries especially in the field of electromobility, special construction services and environmental remediation, engineering precast reinforced concrete components, environmental monitoring and water technology, as well as highly specialized projects in the field of technology metals. GA-Europe has its roots in the former Spezialtechnik Dresden GmbH, which was taken over by the owners of the family-run US company General Atomics in 1992 and has since been consistently developed further. www.ga-europe.com
General Atomics is a globally active American technology group with more than 15,000 employees and is head-quartered in San Diego, California. www.ga.com

A printable digital image is available for this press release. It may only be used for editorial purposes. There is no charge for its use, providing the source reference is "Photo: General Atomics AeroTec Systems or GA-ATS for short". Graphical changes - except for cropping the main motif - are not permitted.
ATS-Embraer3_print.jpg